The year is 1798. At the age of 21, when most of us would still be struggling to get through medical school, Humphry Davy was made the director of ‘The Bristol Pneumatics Institute.’ 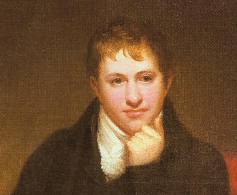 As the word ‘pneumatics’ hints, this institution was involved in trying to find cures for respiratory diseases such as tuberculosis by using various gases.

In his quest to find treatments, Humphry experimented with everything. He had heard about a gas called ‘nitrous oxide’. It was supposedly very poisonous and even possibly fatal if inhaled, making him wonder if it was also capable of killing bugs. He decided to check it out and proceeded to experiment by inhaling it himself.

The nitrous oxide was made by heating together some chemicals and the gas emitted was collected in a green silk bag. 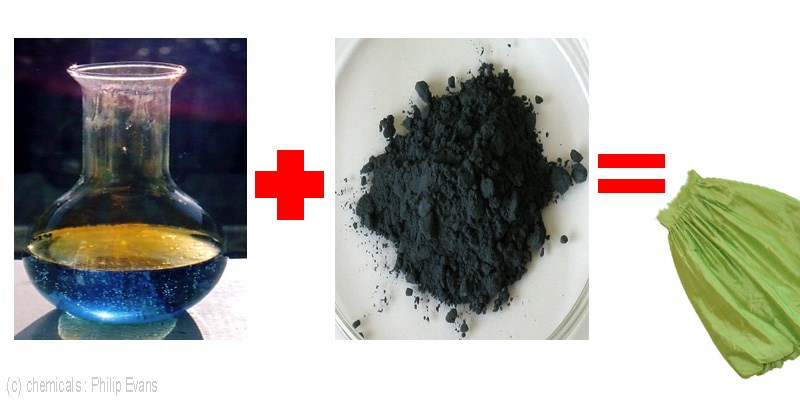 The brave Humphry first tested the gas by putting his finger ( which had a cut ) into the bag of nitrous oxide and found that nothing ‘deadly’ happened. Subsequently he inspired pure nitrous oxide and survived.

He found that the gas gave a very pleasurable feeling and laughter. He soon used the gas as a recreational drug and invited friends for ‘nitrous oxide parties’ where the green bag was passed around like one would pass drinks at a bar. In fact, he liked it so much that he apparently thought of marketing the new gas. He calculated that he could supply nitrous oxide in bags at a lower price than alcoholic drinks.

Humphry published his scientific findings on nitrous oxide in this book: 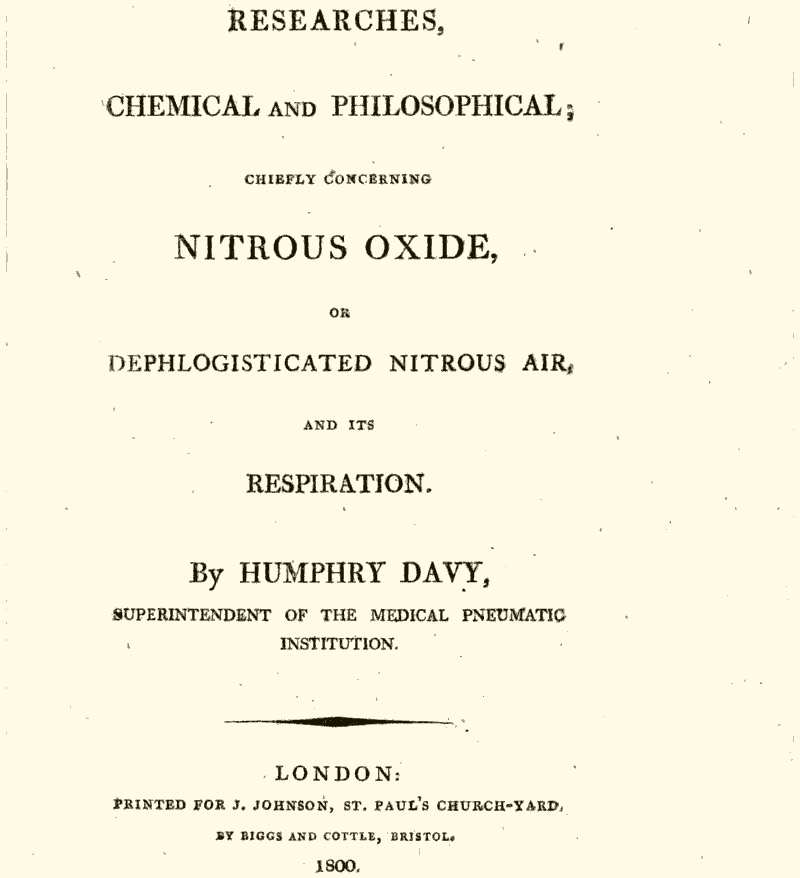 In this book, you can find this very interesting and important paragraph : 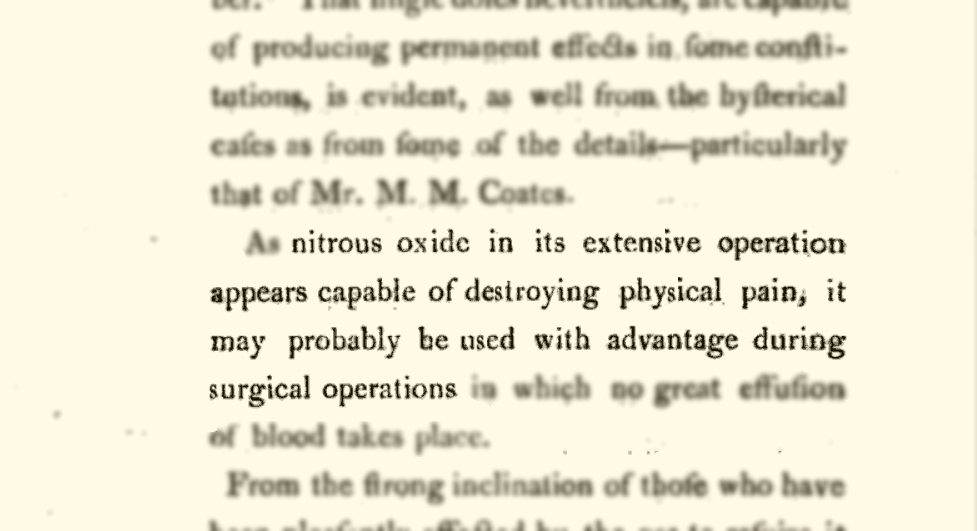 So it is clear that at that time, he knew that nitrous oxide was capable of destroying physical pain and that it could have probably been used with advantage during surgical operations. However, it is very unfortunate that he or anyone else at that time, did not take nitrous oxide beyond its use as a recreational drug. This missed opportunity meant that nearly fifty years were wasted before its potential as an anesthetic agent was ‘ rediscovered ‘ in 1844.

Gardner Colton joined medical school but stayed there only for two years. During that time, he also gave lectures on chemistry and these included discussions on nitrous oxide. Once, when lecturing to a group of ladies at a New York seminary (religious college) he demonstrated nitrous oxide to them and under the gas’s exhilarating influence the young ladies laughed and danced !

Gardners fellow medical students persuaded him to make nitrous oxide for them and they had lots of fun with it. One of the students suggested that he put on a ‘ nitrous oxide show ‘ in order to make some money. He took this idea seriously, and after borrowing some money, he organised a show at the ‘ Broadway Tabernacle ‘. 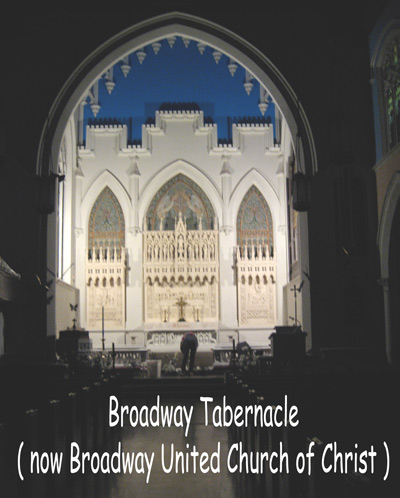 The show was a major success . The local newspaper, ‘ The New Mirror’ , reported the story.

According to the The New Mirror, there were between three and four thousand people assembled in the Tabernacle and a platform in the centre was surrounded with benches. It was advertised that ” twelve strong men” would be there to prevent injury to the spectators.

After some impatience on the part of the audience, Gardner Colton appeared with his nitrous oxide in a rubber bag. People were clamoring to try the stuff when a thick-necked youth grabbed the bag of nitrous oxide and applied his mouth to it. After inhaling its contents for a minute or two, he started to beat up Gardner Colton. Fortunately, the “twelve strong men” rushed to the rescue as the audience applauded loudly.

A dozen others took their turn, and were variously affected. One man was rushing up and down the stage trying to catch someone invisible. Another was bowing to the audience. One man was laughing out loudly and then suddenly stopped and angrily asked the audience as to who they were laughing at !

For Gardner Colton, the show was an absolute success. He made a profit of over 400 dollars, which at that time was a huge amount of money. With his newly discovered scheme for making money, he left medical school early and organised similar shows all over, putting out advertisements like the one below : 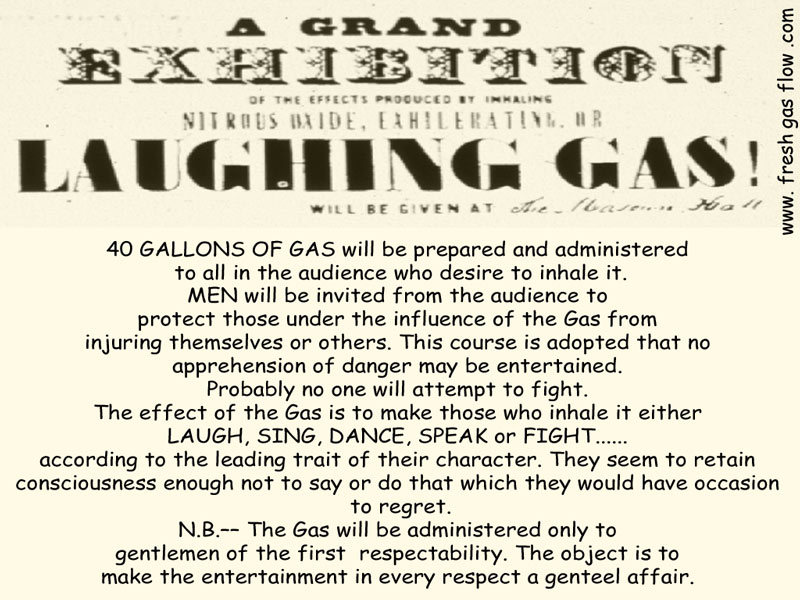 Gardner had many shows, but one in particular would see the birth of modern anaesthesia. On December 10th, 1844, a dentist with the name Horace Wells was in the audience watching the show.

The man who tried : Horace Wells

Horace Wells was in the audience watching Gardner Coltons “laughing gas show”. On the stage, nitrous oxide had been given to a young man and while under its exhilarating influence the man began to dance and jump about. At one point, the man accidentally ran against some wooden benches on the stage, and injured his legs badly. As the effect of the gas passed off, the man returned to his place in the audience. Horace happened to be sitting next to the injured man and asked him;

‘ You must have hurt yourself ‘.

It was only then that the man realised that his legs were injured and bloody. As the effects of the gas wore off, the man began to feel pain. The astonished man told Horace that during the inhalation of the gas that he did not feel any pain.

Horace was a caring dentist who was very concerned about the pain he was inflicting when pulling teeth out of his patients. So when he saw that the man in the show didn’t feel pain when under the influence of nitrous oxide, he quickly realised that the same technique might work to remove pain during dental extractions. Horace asked Gardner to visit his dental office the next day with some of the gas. Fortunately, Horace had a tooth of his own that had been troubling him and needed removal. This was an ideal opportunity to test the gas.

The next day Gardner went to the dental office with a bag of gas. Horace had called in another dentist to remove his tooth. Gardner administered nitrous oxide ( and thus was the worlds first anaesthetist ?) to Horace and the tooth was pulled out painlessly. On recovering, and finding his tooth out, Horace apparently exclaimed,

‘ It is the greatest discovery ever made. I did not feel so much as the prick of a pin. A new era in tooth pulling ! ‘

Horace subsequently tested nitrous oxide on a further fifteen patients and then with increased confidence in the technique, he decided to reveal the discovery to the skeptical medical world. In January 1845, he decided to demonstrate his discovery at Boston, USA which was the center of medical knowledge at the time. He chose the prestigious Massachusetts General Hospital. 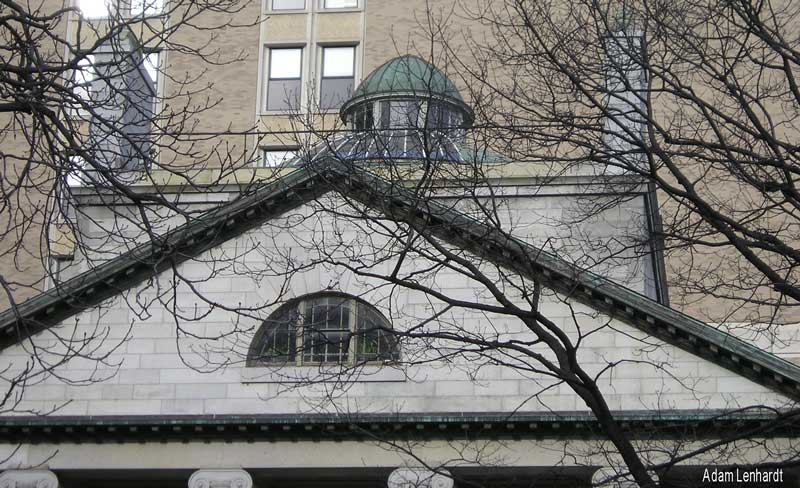 On the day of the demonstration at The Massachusetts General Hospital, a large number of students, along with several physicians met at a lecture room to see Horace reveal his discovery. 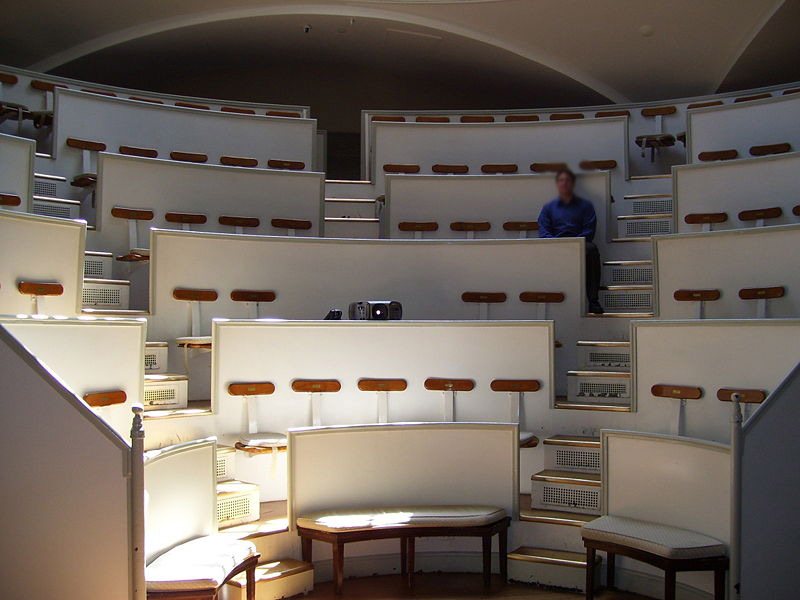 It just so happened that on the day of the demonstration, one person in the audience needed a tooth to be extracted. The ‘ patient ‘ was administered nitrous oxide from a bag. Unfortunately the bag was probably removed too early from the patient. As the tooth was pulled out, the ‘ poorly anaesthetised ‘ patient groaned in pain ( the worlds first case of awareness under anaesthesia ?). The distinguished audience of physicians and students roared with laughter and ridiculed Horace.

Horace Wells left the lecture hall as a completely humiliated man, something from which he never really recovered from.

The man who was successful : William Morton

William Morton joined a dental school but left without graduating. He then became an apprentice under Horace Wells ( before he was humiliated ) and even that didn’t work out and he left after six months. He then became a student at Harvard Medical School, but again left before completing his degree.

Then to improve his understanding of chemistry, William attended the lectures by a Professor called Charles Jackson, from whom he first learned of the properties of ether. The professor demonstrated in his chemistry classes that the inhalation of ether causes loss of consciousness. Ether had been around for decades and people would take small quantities as a stimulant. William wanted to check if ether could make one not feel pain. However, at that time, there were concerns about the safety of ether and he decided to test ether on his wife’s dog ( perhaps choosing a time when his wife was away ) by putting a cloth of ether onto it.

The dog became unconscious , but after the cloth was removed, the dog woke up and ran around unaffected.

William then tried to find some human volunteers and unfortunately (and not unexpectedly !), no one volunteered. So he decided to try it on himself. Alone in his office he applied an ether soaked cloth onto his face, and became unconscious. Fortunately the handkerchief fell off and probably prevented an overdose of ether. William woke up unharmed and proved to himself that ether was safe. Later, he successfully performed a dental extraction in his office under ether anaesthesia and was ready to show the medical world his discovery.

Previously, William was among the audience at the Massachusetts General Hospital when his former teacher, Horace Wells, failed to convince the skeptical medical audience that nitrous oxide offered a route to pain free surgery. Despite this, William courageously chose the same venue to reveal anaesthesia using ether. 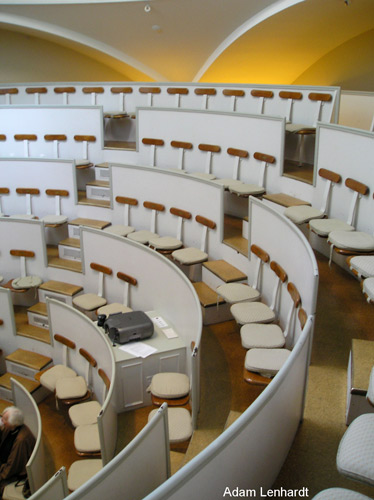 The chief surgeon at the Massachusetts General Hospital agreed to participate in the demonstration. He would surgically remove a vascular neck tumour in a patient that would be under ether anaesthesia provided by William.

On the day of the demonstration, the lecture hall was full. The surgeon and patient were ready, but William was nowhere to be seen because he was busy elsewhere adjusting his newly designed ether delivery apparatus ( the first anaesthetist to keep a surgeon waiting ?). The surgeon became impatient and decided to proceed without anaesthesia, which was after all how things had been done for so many years anyway.

Fortunately for the terrified patient, William rushed into the room before the knife was used. The skepticism of the audience, which had increased by Williams lateness, was soon turned into amazement. The 52 year old patient inhaled from the ether device and became unconscious. The surgeon removed the tumor while the patient remained insensible to pain throughout the procedure. When it was all done, the patient got up unharmed.

Finally, anesthesia was revealed to the world of medicine. 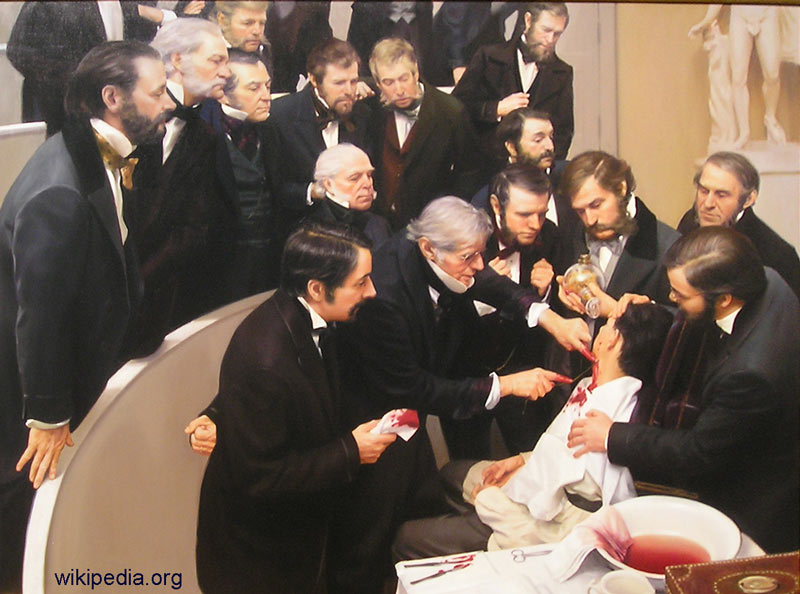